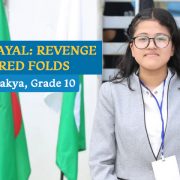 It was a crisp autumn night; the rain had just stopped and the grounds were wet and dark, frightful like the deep sea. The surroundings were so quiet that a pin drop 10 kilometers away could be heard. There was a sudden yellow light and the sound of a car on the muddy road that broke the silence.

There were two guys in the car. Derrick and Maurice; who were partners in crime. The former does the physical work and the latter brainstorms ideas behind the scenes. No one knows their actual identities. They can run away from any crime scene. Maurice has a brilliant plan in his mind, a school shooting, more so, in an infamous one. Derrick agreed to this and decided to carry it right next week.

They agreed on a plan. Maurice would shoot anyone who walked out of the school gym, and Derrick would take the gun and go into the gym. Maurice walked up to the guidance counselor and shot him. People heard screams at the gym. Derrick then ran into the gym and started firing. He hadn’t harmed anyone, yet kids were scrambling and hiding. It was mayhem. Maurice ran behind and tackled Derrick. Maurice snatched the gun, pulled the trigger and killed Derrick. Maurice was declared a hero. It was the perfect plan indeed.

Who would’ve known Derrick’s end was so near? Derrick, who died, was full of resentment as he converted into a ghost. He wanted revenge on Maurice. As time passed, he gained supernatural powers and made Maurice’s all four limbs have a mind of its own. The mind of the hand was dark and negative. It made Maurice commit various crimes.

However, Maurice knew Derrick was back. He knew if he didn’t clean this mess up there would be no other choice but to die in the name of law and justice against his crimes.

When people had found him, he was already a dry corpse. He had cut his hands which were next to him but everyone wondered at the mystery of where his limbs had gone missing.

The limbs that had gone missing wreaked havoc in the dark slums and turned humans into the undead. Then a new era began; The Era of Destruction. The undead hunted humans and humans strived to live. When the destruction reached a peak and when humanity was in grave danger, a Messiah appeared and cured the undead and turned them into humans.

Soon came The Era of Peace, where humans didn’t commit any crimes. But the Redeemer told them that heaven has become full and incited people to commit crimes and self-harm. People began following her commands and believed whatever she said because she truly had done countless great deeds. She looked on and was pleased as mass suicides and crimes began. She returned to her home, to her throne of fire and flames, and greeted all with a nod of her wicked horns.

Everything seemed to be planned since the start. Everything seems to be fated. Why was God so cruel? Why didn’t he stop the destruction of his creations? Why did the godly one allow this to happen? Has everything succumbed to evil? 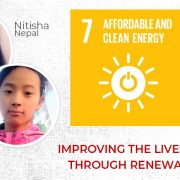 One of our best topics that we had while we were in grade 8 studying social studies was learning and exploring the affordable and clean energy which also happens to be SDG Goal No.7. During our learning period, we also went to AEPC (Alternative Energy Promotion Centre) to deepen our knowledge and gather facts and information from the centre. AEPC is located at Khumaltar height, Lalitpur. AEPC is a government institution established on November 3, 1996, under the ministry of Science and Technology. The main objective of AEPC is to develop and promote renewable energy mainstream resource through increased access and knowledge.

At AEPC , we met Mr. Anjeet Gautam who is an engineer at AEPC and he gave us a tour of the site and explained us about the functions of AEPC, energy and their sources. We learned that the sun is the ultimate source of energy and it plays a vital role in the production of materials. We also came to know about the different sources of energy. The sun is the alternative source of energy but people are still not clear about it. We were really surprised to learn that there is not a sufficient amount of clean and affordable energy in the places like Baitadi, Sindupalchowk, lolukhumu depriving the people there from most of the electric appliances from using. AEPC is trying to make renewable energy as a main stream resource through increased access, knowledge and adaptability contributing to the improved living conditions of people in Nepal. AEPC is trying to be recognized as an active institution promoting renewable energy technology (RET) in the region. AEPC has been launching different programs in the different parts of the country with possible solutions for problems for alternative and clean energy by the use of natural resources instead of other sources of energy.

The visit to AEPC clearly gives us knowledge that it is necessary to develop affordable and clean energy in remote areas as well and not just in city areas only. We should explore all kinds of possibilities of renewable energy such as Solar Energy, Wind energy, Hydropower and Bio degradable Energy to improve the lives of people leaving no trace of greenhouse gas emission. 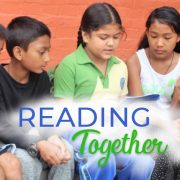 We the students of grade 3 went to Mala home located at Chapali Height. The institution provides home for the children whose parents are in prison. The main reason of going there was to support the children of Mala Home whatever we could and make them feel happy. We collected money and bought story books. After reaching there a lady staff gave us information about the institution. We came to know that Mala Home is supported by Dream Nepal. And they are providing full care, shelter and education to the children of prisoners. They were living in a very good condition. The children were from the age of 4-16 and were studying in a nearby school. We spent good time with them. We played together and talked about each other’s hobbies and interest. I read a story book of Tom and Jerry to them. At first they were little shy but slowly we became friends. They also read the story book. After spending some time together, we gifted them some books. They were so happy and excited that as soon as they got the book they started reading. I felt so good to see the smile on their face. 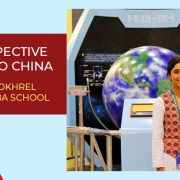 It was the day when we were living for China to attend the PDC International Conference that I was very excited and I knew that this is going to be a lifetime experience for me. On the first day, when I entered the conference hall, I saw my seat reserved for me with my nameplate and my portrait painting on the conference hall seating arrangement. The Inauguration of the opening ceremony of the conference began with a valuable speech from the founder of the CACIE Future Education Forum about the 21st century learning. She highlighted PDC approach towards education which is an innovative and practical education system for development of Chinese students and all over the world. It aims to nurture the students’ key competencies with necessary abilities to survive and live in the future. The principals from different countries shared about the ‘Life of students in their countries’. I was surprised to know from the education leaders from different countries that the way we are learning in our school and the education system is quite similar to other countries. 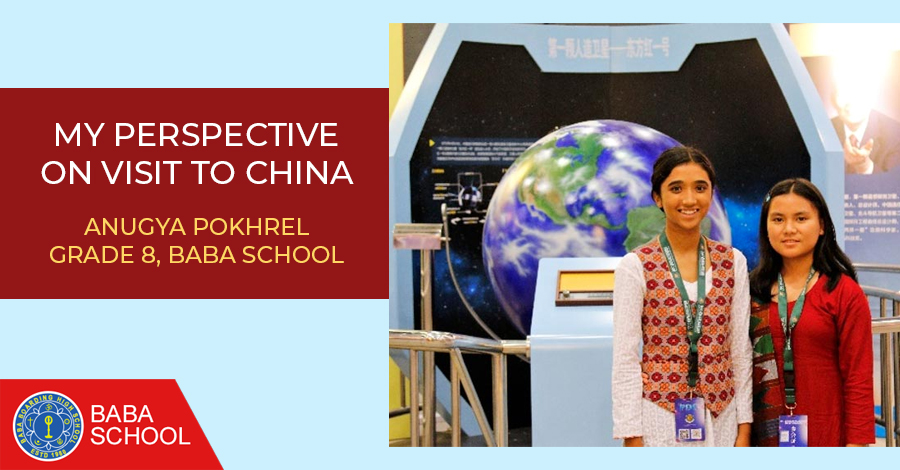 On the second day of the international educational conference, we went to PDC Allies School. The conference was very intellectual. I made a friend from the PDC allies’ school whose English name was Hasel. She gifted me and my friend a wireless mouse with a pen. She was very friendly and kind. I also had to perform a traditional dance at the conference whereas my friend Shelly shared the Life of students in Nepal. The audience in the hall were impressed by our performance. Our school Principal Miss Irine Shrestha, interacted with the education leaders and gave a presentation on the School education of Nepal. Similarly, we too interacted with the teachers of PDC Allies School who were so loving and friendly to the kids.

The last day of the conference concluded with the workshop on future education and core competencies followed by dinner. We got engaged in different brainstorming activities but visualizing my perspective on future school on the sketchbook draw my attention quite a bit. Our participation as a student from Nepal drew a lot of attention at the conference that the founder of CACIE future Education conference personally invited us to visit her school and appreciated our effort and confidence. This conference indeed, on one hand, allowed me to learned very important life skills being independent, traveling and communicating and on other hand, the majestic of the great wall of china took my breath away. The place is not just a testament of great engineering it symbolizes the connection between the legendary past and the present time and it made me realize the uniqueness of China. We also visited the Beijing Olympic Park, the Summer Palace, and other cities near Beijing. And I don’t want to miss mentioning the Chinese authentic food experience as well and particularly dumplings with dough based on bread, flour and potatoes. It’s all, about experience. During the entire trip, I felt amazed as well as excited because I knew that these experiences will not come again and again. It is not just about visiting it is also about exploring knowledge. I am very thankful to our principal ma’am and director sir for giving us this delightful opportunity to visit China.